The third Photochrome Adventures field trip of 2013 will be at the UCSF Mission Bay Campus in San Francisco on Saturday 15 June 2013.

Meet up time will be 9 am at Peasant Pies at 550-C Gene Friend Way just off 3rd Street on the Plaza of the UCSF Mission Bay campus. You can’t miss Peasant Pies because in the plaza in front of the store are two huge 70 ton vertical iron monolith sculptures. One of them is leaning 18 degrees to the North and the other is leaning 18 degrees to the South. Each is 49 feet 2 inches tall,14 feet wide and five inches deep. They just might be a good photo op? After our shoot we can return to Peasant Pies at about 11:30 am for discussion, show and tell and for some refreshments. They have good meat, veggie and fruit pot pies, sweets and drinks. They also have a huge solid wooden table there that seats 14 persons.

The UCSF Mission Bay campus, now 10 years old, is a treasure trove of architectural photo ops. Though it would be fair to say the majority of subjects may be architectural, including interesting views of the San Francisco skyline, there are many interesting people on campus too. Also outside and inside the buildings there are many pieces of contemporary art. The UCSF – Mission Bay campus is easy to reach by car or public transit. The Metro T line from Metro stations in the Avenues, on Market Street or the Embarcadero stops right at the campus at the Mission Bay station which is only a half block walk to Peasant Pies. 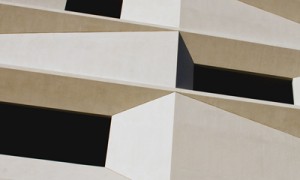 We shall look forward to seeing you for the third Photochrome Adventures field trip of 2013 at the UCSF – Mission Bay Campus in San Francisco on Saturday 15 June 2013 at 9 am at Peasant Pies.